DC Comics features many of the world’s most popular superheros. Every DC character features a set of incredible superpowers. Some possess exceptional speed while some are born with super-human capacities.

But the real question is “Who is the strongest?”

There are so many superheroes that it’s tough for one to decide. If you also have the same question in mind; you’re at the right place. Here, we’ve made a list of 15 strongest DC superheroes.

Andrew Pulaski, known as Apollo, was not born with any abilities to begin with. It’s not like the other heroes are from another planet, or that the name has any meaning.

However, he was gifted with flesh-and-blood superhuman strength, speed, an immortal body, and the ability to control sunlight using bio-engineering.

His powers are very similar to those of the other heroes, only slightly different in nature. While Superman’s ability to control sunlight is long-lasting, Apollo’s is very short-lived and must be replenished when he runs out of sunlight power.

Because of this side effect, once the sunlight is cut off, Apollo’s power is rapidly weakened.

Spectre has become an infinite being on earth as a God of vengeance with a body. It first appeared in 1940. Green Lantern’s Hal Jordan and others will be involved as clients.

Since he is the divine messenger, his power is almost limitless. Spectre exists as a god in the DC Universe. Nothing is impossible for him and he can even warp reality or control time.

Although immortal, Spectre is vulnerable to powerful magic and well-developed technology, which can cause injury and even death.

Phantom Stranger is the most mysterious character of the DC Universe. There may be many things he’s not shown to the outer world, except for his immense power. There have been rumors about his various origins  rumors. Having said that, no details about him have been elaborated.

This superhero can create an energy bolt and move through the dimensions. He can also break spells, is knowledgeable, and it is said that there is nothing he doesn’t know about DC.

The Phantom Stranger can’t stop crime directly, he just leads the other heroes, so he can’t unleash his powers to the fullest.

But he’s a solid presence in the DC Universe, working with the Justice League and its sorcerers heroes (Zatanna is one of them) to stop the creepy looming crime. 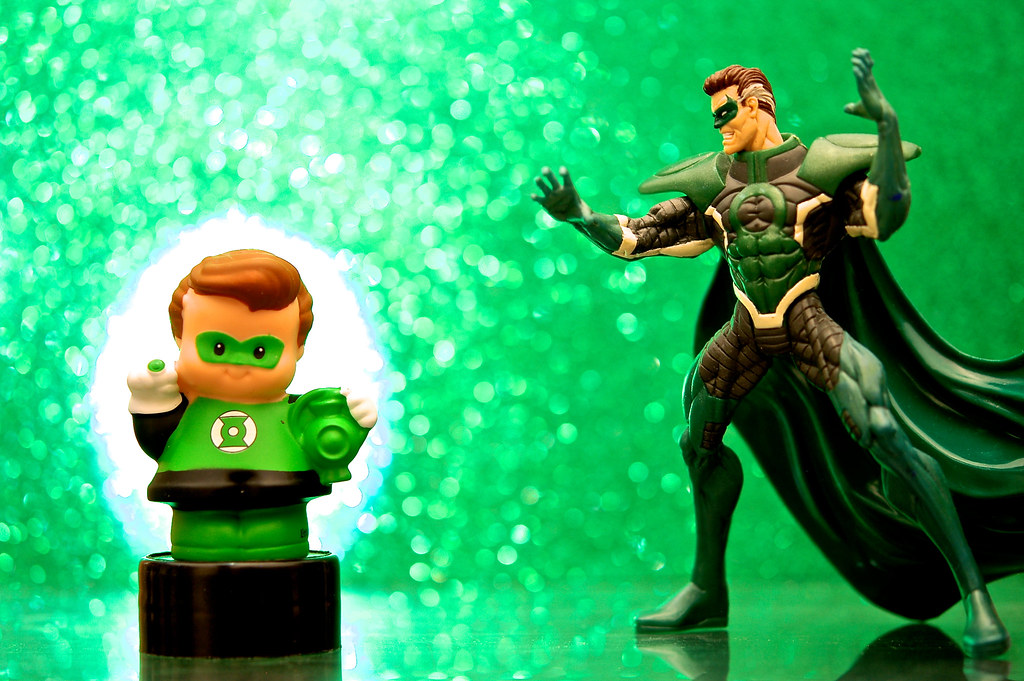 Green Lantern is a part of a galactic police force called the Green Lantern Corps. The source of their power is the power ring. They can use telekinesis to materialize their ideas.

In addition, the power ring gives them the power to survive in any environment, including allowing Green Lantern Corps to move through the universe at high speed and translate any language.

Their power is directly related to their respective ideas and telekinesis, so it takes all kinds of skills to put something together and make a thing. That’s why Green Lanterns with different personalities join our members to enhance each other’s strengths.

George Stuart, for example, was an architect, so what he created was always very well thought out and very powerful. Kyle Rayner was an artist, so it seems to be a very elaborate and artistic thing to do. 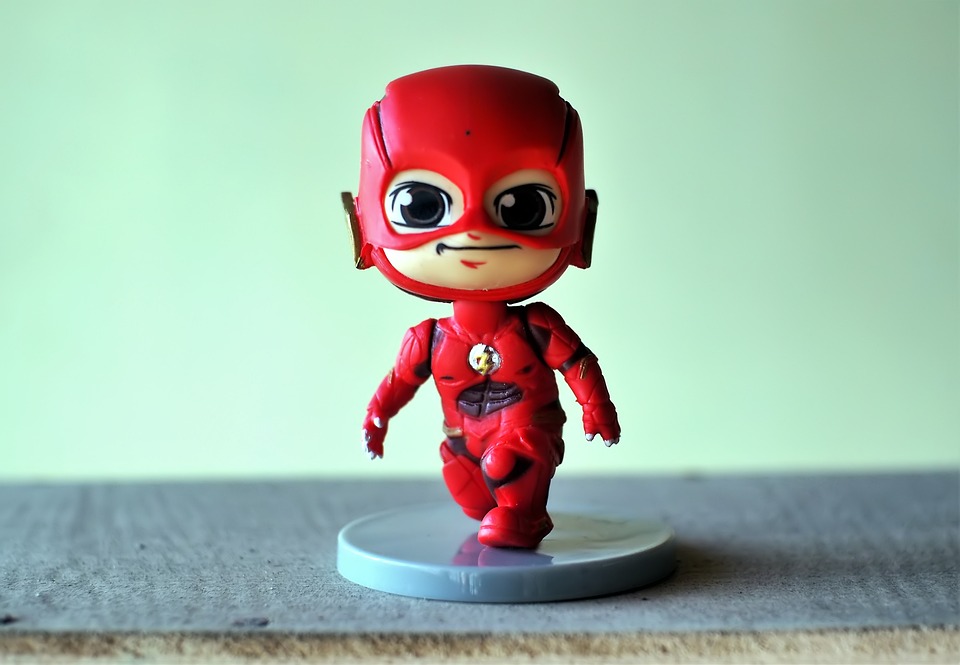 The Flash is the fastest of the heroes, and when he runs out of power, he can enter the “Speed Force”, a world populated by kinetic energy with a will in a dimension adjacent to the DC Universe.

His power isn’t as strong, but he can use his speed to increase the power of his punches.

You can run through bodies of water, use your speed abilities to create objects, or you can go through solids. Zatanna came out in 1964 and was a famous stage magician. Her family has been magicians for generations, and she is one of the strongest magicians in the DC Universe. Just like his father, who he respects, he uses upside-down language to manipulate magic.

Zatanna can stop time, move things around, and teleport. She can also release energy and create objects, but her most powerful ability is the ability to “change reality”.

Not only can you read the minds of your enemies (and your friends) and erase their memories, but you can also control them to cause confusion and trauma. There is no superhero that is more badly criticized than Aquaman. But is that really the case? As the “King of the Seas”, he controls more than 75% of the earth at will and rules over all the creatures that live in the seas.

Aquaman has about 150 times the strength of a human. The equivalent of this strength is said to be barely able to lift two cars, but in the new comic, it turns out he has even more tremendous power, effortlessly lifting a cruise ship and tossing a submarine hundreds of feet above the ocean floor. 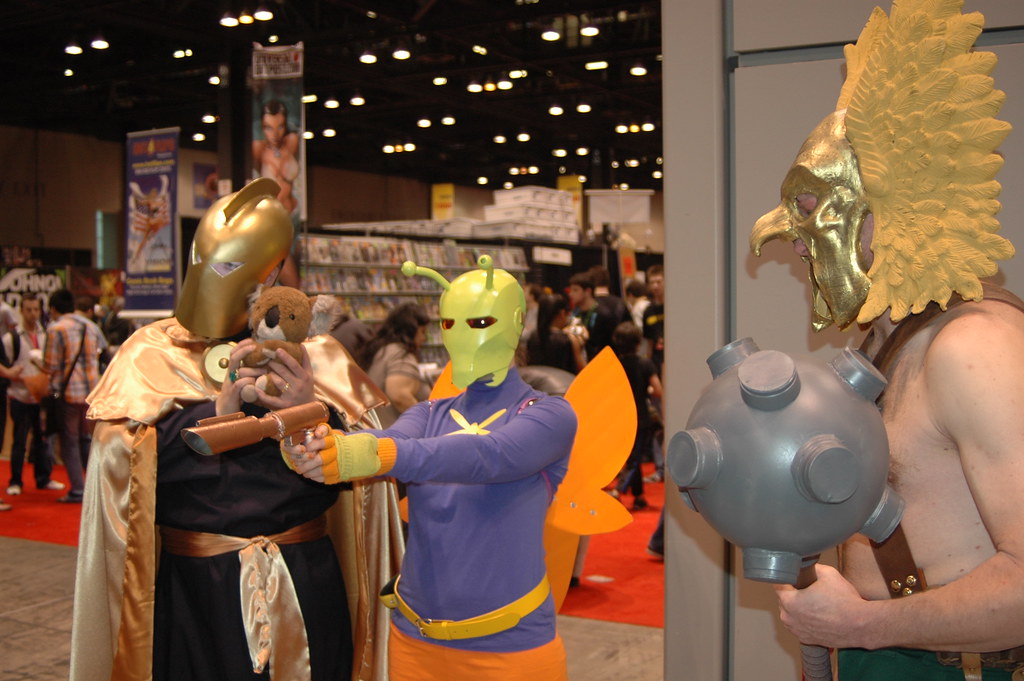 The powerful sorcerer Doctor Fate (real name Kate Nelson) has been around since 1940. He shows off a variety of abilities, including telepathy and the ability to control things at will.

In addition to being immortal, his skilled magic can project hallucinations and even transcend dimensions and heal people. However, his power is suddenly out of tune, so he relies mostly on Fate’s helmet.

Doctor Fate has many abilities, and may be the most versatile character in the DC Universe in terms of magic. In battle, he uses flame magic to create a concentrated beam of energy. Unfortunately, without a helmet it would be weak, but it still has an indestructible body.

If you use your power for a long time, you will be weakened, so sometimes retreat from the fight and take a break. The downside is that you have to regain power. Originally, he was an officer in the United States Air Force, but his body changed when he became Captain Atom when he took his military exams. The metal skin is connected to the quantium field, allowing it to absorb and manipulate energy.

It can also create anything it wants, and is so capable that it can create a replica of the Earth that houses life.

Captain Atom can absorb an infinite amount of energy and burn it all off in just one blast. It is possible to detonate itself as a bomb, releasing an enormous amount of energy in one fell swoop.

His rival is Superman; in DC Comics’ The New 52, Captain Atom uses his power to power up nuclear energy instead of using it to absorb energy in the Quantum Field.

His abilities are mostly similar to those of Superman, but in the case of Mr. Majestyk, he can emit a beam of energy from his hands.

He is from Hera, which is said to be a cousin of Krypton, and his body structure is similar to that of Kryptonians and Daxams (Daxams are sister to Krypton).

As a superhuman, he is the most developed hero with all of Superman’s abilities and almost no weaknesses. They have never lived on Krypton and are not affected by Kryptonite, a mineral on Krypton. However, he seems to be weak in magic.

He also has an overly strong self-esteem and maybe that is his biggest weakness. 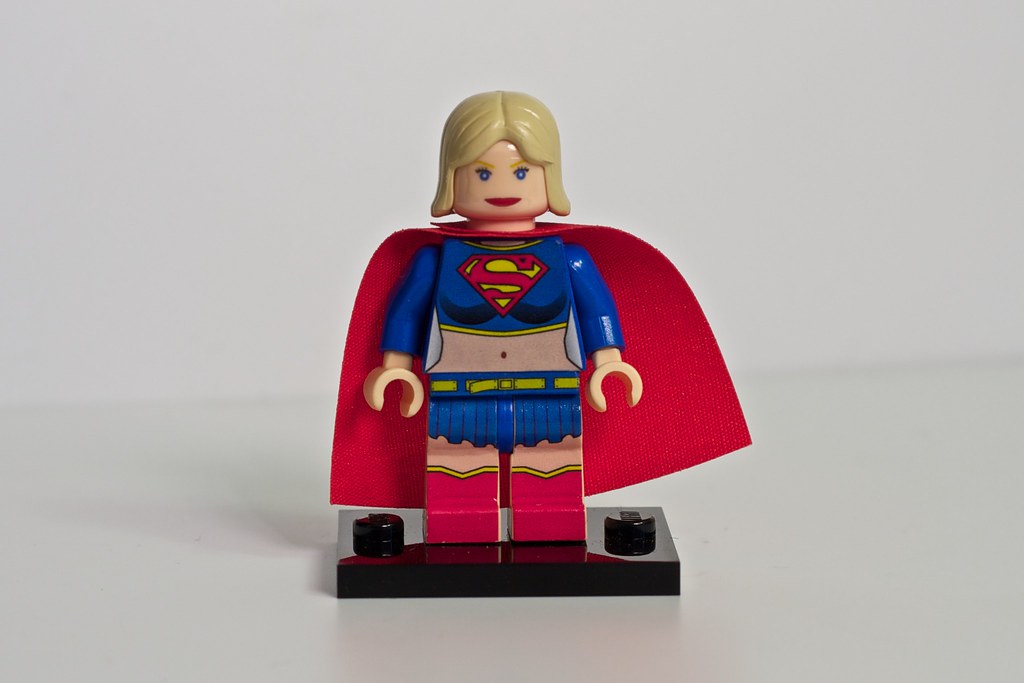 She appeared in 1959 as Superman’s cousin, Carla Zoell. Although it was set up as a side-kick in the film “Superman,” she was soon treated as a single character.

There are a number of characters that appear frequently in “Superman” now, but Kara Zor-El is the first of them.

Like Superman, he comes from Krypton, so many of the abilities he possesses are the same. (I can fly, emit heat rays from my eyes, etc.)

Her strength is about the same as Superman’s, but some of the villans are like, “Isn’t she more than Superman? It seems that some of them feel that it is not a good idea to do so. Shazam’s catchphrase is “World Mighty Mortal” (the strongest person on earth as a life-long person). This is more than just a catchphrase.

Because he is infused with the six divine powers (Solomon’s wisdom, Hercules’ brute strength, Atrus’ physical strength, Zeus’ omnipotence, Achilles’ courage, and Mercury’s speed), he is one of the strongest creatures on the planet.

“Shazam! The six powers are awakened when you cast the magic spell Shazam’s power is no match for Superman’s, whose magic is one of his weaknesses.

Shazam can do anything Superman can do, including moving stars and planets. But he has a weakness, too. He is an adult and has the highest power, but he is actually still a child inside. Not only is she sensitive to the way she treats other children, but she also uses spells to return to her normal, vulnerable human form, which is vulnerable.

If the author had adopted all the abilities he came up with for him in the 1980s, he might have been Superman in the first place.

For him, turning into a big snake was a simple matter. Mars-born Marshawn Manhunter can walk on walls and stretch his limbs. (So much so that you can slap a person walking on the ground from a small plane flying above you.)

Marshawn Manhunter uses his physical strength and great telekinesis to show off his freakish technique away. He could punch his opponent in the face and knock him out the other way, or he could gather all the power of the biomass into his arms and lift a spaceship bigger than Earth…

The episode where he helped pull the Earth out of orbit using Wonder Woman’s lasso is impressive. 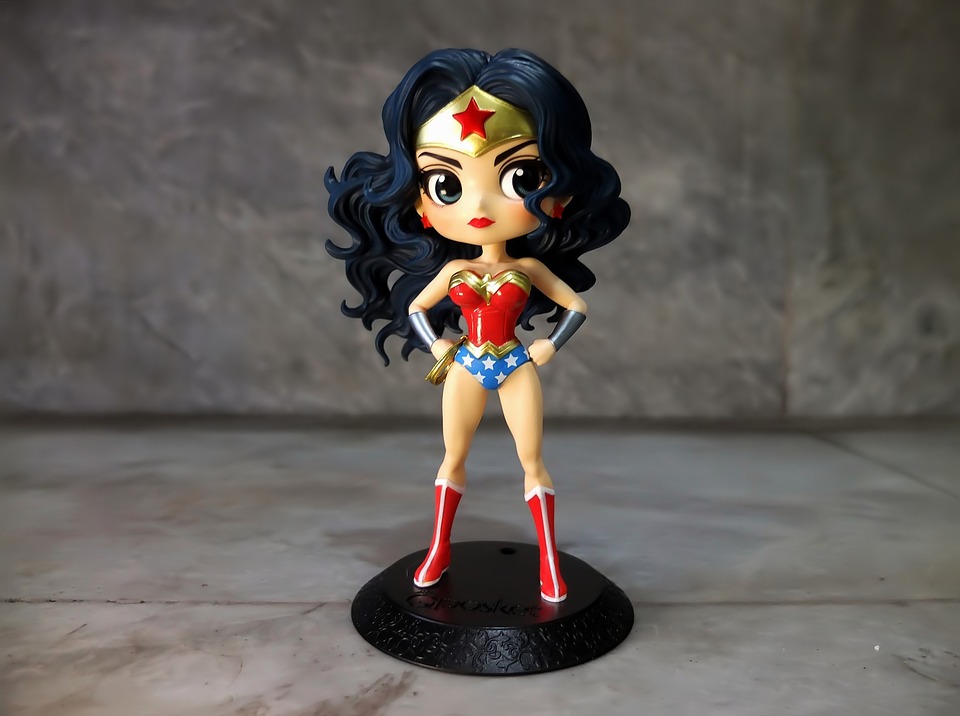 She may be the most powerful woman on the planet. Like the other heroes, she has a variety of abilities that were bestowed upon her by the Olympian gods, including her father, Zeus, who is omniscient and omnipotent. Her physical strength is probably on par with that of Superman.

This strength is directly inherited from the goddess Gaia, her mother Earth. Also, the magic breath is not only strong, it can heal everything from minor injuries to fatal damage.

Her strength doesn’t stop there. The bracelet is made from the remnants of the shield that Zeus gave to Athenaeus, and the bracelet can be used to deflect bullets, energy and other attacks to protect oneself. The bracelet can also be used as an attack, and when removed, it releases a mysterious and immense amount of energy.

This bracelet also keeps her too much power at bay, and not only does it protect her from the world, but it also protects the world from her. Superman has a lot of powers. His speed, his fighting ability, his superior vision, his freezing breath…but most of all, his power is what he is most famous for. His strength of power is recorded at 6 sextillion metric tons (6 followed by 20 zeros). Theoretically, it could lift the earth.

Also, he has been showing off more amazing power lately. It’s similar to his ability to release heat vision (heat rays) from his eyes, but with all the solar energy he’s storing up inside of him releasing it everywhere. You don’t use it often, but once you do, it keeps releasing energy for more than 24 hours.

It’s easy to think that a hero with as much power as Superman has no weaknesses, but the various colored minerals known as kryptonite are his weaknesses. The kryptonite would weaken his power.

Superman may be susceptible to mysterious and mystical energies.

That was our list of the best DC superheros of all time. There may be other characters shown more powerful and strong in the movies. But this list is made from the power rankings of DC characters in comics.

We might have missed some of your best characters. Some characters don’t need power and strength, their cunning knowledge and high-tech gadgets makes them special. Yet, this list only includes superheroes with real super-human qualities.